It could be argued that there’s something slightly murky and clandestine when the topic of compensation analysis arises. Is it because those that designed the commission scheme are scared that too much scrutiny will reveal a weakness or unnecessary complication in the structure? Or maybe it’s the opposite and the path to a golden bonus is just so amazing you don’t want anyone to understand it too deeply as they may run with it all the way to another company?
If that’s your experience, the good news is that’s about to change. Get ready to park the secret handshakes and whispered conversations that tend to follow compensation analysis around like a bad smell and as we put the case forward for openness and transparency. And this brave new world all starts with the right sales performance software.
Follow the KPIs and Objectives
One of the key things that defeats and deflates even the most motivated sales rep is when a promised commission keeps on disappearing that much further over the horizon with too many moving targets. It’s like chasing a raindrop down a fast-moving waterfall – likely to get lost and take the chaser with it into the abyss. When you’re setting out a compensation scheme, you need to set attainable goals within reasonable quotas across manageable territories. And to ensure all of this is clear, Varicent recommend implementing some sales performance management tools that all your sales team can get on board with and utilize. Aligning the company’s KPIs and wider objectives to sales targets ensures there is no room for ambiguity or misunderstanding and your bonus scheme will always stand up to the most rigorous compensation analysis and scrutiny.
Equality and transparency
According to a report from MyCustomer.Com, the average company allocates around 11 percent of revenue to earned compensation and incentive schemes. Despite that, there is often a noticeable lack of rules, cohesion and equality when compensation analysis is undertaken. You could spend your career wondering whether it’s down to prospects versus deals, or something more insidious such as who knows who, or seniority as opposed to adding to the bottom line. Be pulling back the covers and shining a light directly on your compensation scheme, many more of your sales team are likely to stay for the long run and feel motivated to work toward a scheme where the same rules apply. By making this information available via software, dashboards and easy-to-digest presentation interfaces, your eliminating the somewhat covert nature of attaining bonuses while making compensation analysis between sales reps a level playing field.
Incentivize and motivate
While a spirit of openness is a value to be nurtured when developing your compensation scheme, the main challenge for sales managers is how to keep a team incentivized along that rocky and challenging pathway to a big commission. One of the pitfalls is that compensation structures can be overly complicated and full of hidden clauses. MyCustomer revealed that when pushed, only 28 percent of staff surveyed actually understood their scheme. This means that if they were to question why they weren’t getting the bonus they were expecting, this lack of clarity would be a common excuse.
You know and we know that incentivizing and motivating a sales team is almost a full-time job. While your sales exec is working their way through a long, dark sales funnel, overcoming product disinterest from potential clients, economic uncertainty and the odd pandemic, they need at least a taster of the end prize. Or at the very least to understand that the smaller steps along the way count for something. Working with all of your team—the deal closers, the warm-up kids, the players of the long game—you can ensure they are encouraged with sales performance management software that tracks and builds on every stage of their sales journey, both on an individual and team basis.
In Summary
Getting your compensation scheme exactly right is an alchemy of math, science and psychology. Overall profits and the realization of business objectives are heavily reliant on the performance and enthusiasm of your sales team, so the rewards need to match the effort involved. Rather than scrabbling for spreadsheet info or relying on hearsay, the only sure-fire route to greater success and therefore richer compensation pay-outs is by implementing an attainable but fair commission scheme that is watertight against the most robust compensation analysis.
Find out how you can compensate your sales team more fairly by visiting www.varicent.com or speaking to your Varicent representative today.

Unlocking the ROI of Your Sales Incentive Program 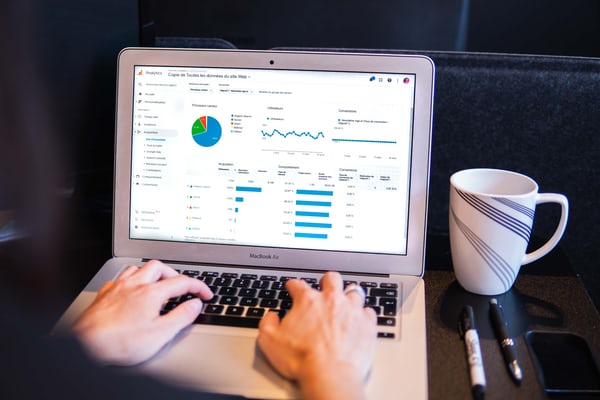