This is part of a series of interviews with B2B revenue leaders. This interview is with Mark Roberge, the former CRO of Hubspot and current Senior Lecturer at Harvard and Managing Director at Stage 2 Capital. 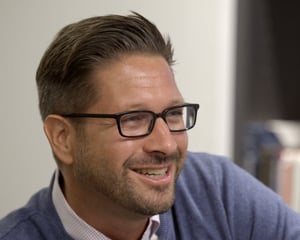 Let's get started. You were the former CRO at HubSpot, can you talk to me a little bit about that role?

It really evolved with the growth of the company.

When I first started out, there were only three employees at HubSpot – I was the first salesperson. Like any fresh startup, the focus was to get out there and sell. At that stage, the focus was finding some sort of consistent process to bring in customers that could scale.

Once that was established, I moved into hiring one salesperson a month and started to play more of a typical sales manager role. I was focused on building a successful hiring formula:

Within a year, I had managers who took that over – managing and hiring reps – so I started to focus on building a playbook in a director type role. Eventually, the organization got large enough that alignment between the functional roles of Marketing, Sales, Services, and Product became a priority and that's when my role became more like a VP or C-level role.

You mentioned there were a couple of different places where you scaled the team and the role evolved … what were the ways that you identified that the role needed to change based on the needs of the organization?

You know, it was really a balance of what needed to be done in the next week or month versus what needed to happen in six months – that longer term view got more important as the organization scaled. In the earlier stages, there's so much risk that you don't even know if you're going to get through the first stage, so everything has a short-term focus.

As you get to phase two, phase three, phase four, and so on, you have to spend more energy thinking about what the organization is going to look like in 6 months to a year. What are the needs and capabilities needed at that point that there isn’t today? It takes time to develop that, so if you wait too long, you'll be cooked.

It was tricky, especially in our context, where we were running a different sales motion than had historically been done in software. It made things difficult for us to bring in outside leaders. So, we developed those folks internally, and there's a good 6-12 month runway to do that.

That's how it unfolded. In the beginning, it was all about getting to the next stage. As we scaled, I started to keep one eye forward – 6-12 months out – to what the organization would look like and what we needed to work on now in order to reach that phase.

What were some of the challenges or roadblocks you ran into developing the sales team?

Something a lot of organizations miss is the amount of science involved to keep demand generation capabilities in-line with sales capacity capabilities. While you’re humming along getting to a million in revenue with a handful of reps, it’s not bad, but what happens when you go to hire two more reps? You’ve got to have the math figured out.

Part of the problem is that there's a huge under-appreciation of the Demand Gen side of things. Sure, the sales capability side works, you've got the right headcount, and the right ramp to get to those numbers, but as you look under the covers you don't realize that your current reps who are making their number – 70% of that revenue is coming from inbound leads, or 40% of that revenue is coming from trade shows that your CEO is speaking at.

That's not going to scale. You’ll go from 10 to 30 reps but have the same inbound and trade show leads, but now they’re spread across a team that's three times as large. In the end, you’ll essentially get the same revenue from three times as many people and everyone misses their numbers.

It's a simple spreadsheet exercise but rarely do people take the time to work it out. Most everyone will do the math on the number of reps needed to double revenue, but you’ve got to do the same for Demand Gen. Ask things like:

That was a big thing that we did our best to keep in sync as we scaled.

How did you get the rest of the team’s to buy into that? I imagine you had to sell that idea into Marketing leadership.

Yeah, Volpe, he was the CMO and a great partner of mine that went to MIT, so he believes in the math side of things. If you just do the math on it and figure out how much revenue is going to come from the efforts Marketing makes, then plan how long you need to ramp up, then allocate budget – it’s easy to get buy-in.

If you're going in and asking your marketing team to double leads on the same budget within three months, yeah, they’re going to ask if you’re smoking something. But, if you go in saying, "Listen, if we give you folks 50% more budget over the next year, can you increase the lead flow by 50% and maintain the quality so that the conversion rate stays the same?" Then that's a reasonable request.

Then it comes to measurement. Measure on a weekly or monthly basis to see how the team is doing against your goals. Not just marketing, but Sales as well as the company scales. Chances are they need to do a better job of digging deep into accounts that are brought in – call them faster, more effective, and more often.

How big of a role does Sales Enablement play in scaling up the sales team?

Well, that’s a tough question because it's defined differently in so many organizations. How about this – you give me a two bullet definition of what you believe Sales Enablement to be.

I see it as streamlining tools and processes that the reps are using, and identifying areas for coaching/training on things like new product messaging.

Something that we’ve been discovering is that in most organizations, they're hiring sales enablement too late – at 60-80 Sales reps.

I can't imagine doing Sales without the numbers. Can I ramp to three reps without Ops? Probably, but not very effectively. You need Ops early on to be able to learn fast. How fast you can learn and iterate, drives your likelihood of success.

What are your thoughts on how to use Operation roles to build alignment across Sales, Marketing, and Customer Success?

My biggest success in creating alignment across those teams was moving away from a traditional mindset and moving towards smaller, cross-functional teams, that are aligned around buyer personas.

Those cross-functional teams (small business, enterprise, etc.) are right on the front line and they empower managers to have full control, and not have any excuses around, "Hey, I'm not making my goal because there's not enough demand, or our salespeople aren't selling the right product" There’s full accountability in each team.

So having Ops that is more focused around that, as opposed to creating all these different roles between the groups, that’s one way I see alignment being built.

As you progressed through Hubspot and became CRO for HubSpot Sales, which was a separate product line, did you run into any challenges when building a sales team for a new product within the same organization?

One of the big issues that some organizations run into when they have one product success, then start developing a new one that is supposed to take advantage of synergies of the existing product, is that sometimes the internal needs of synergies and integration can overshadow what the market actually needs.

It actually slows down the development process, and it can contaminate the discovery process because of internal organization’s biases.

I believe we did a good job of keeping it separate. I mean, we literally created the first version of the product on a different brand, a different tech stack, a different Finance stack, and with completely different Engineering, Sales, and Customer Success teams. We kind of had our own office. You couldn't get more separate.

During the first phase of that journey, we had no biases internally that were preventing us from finding where the true market opportunity was. Then once we found it and started to scale, that's where the challenges started, but they were unavoidable.

We had to combine the brands as well as the tech stack. During that transition, we had customers call our support team, and the core support team had no clue what the sales product did. All along the Sales product was supported through online chat, while the Marketing product was phone support, so it’s things like that we had to figure out how to bring them together.

So as you built up that separate team, did you take some of those learnings from the Sales and Marketing side, and bring those back to the original HubSpot Marketing product?

Well, as an example, when we started the HubSpot Marketing product, freemium wasn't really a concept, it was still coming out. We were doing an inside sales motion, which was also pretty new. Through that process, we had optimized our pricing around a couple hundred all the way up to $1,000 a month – clearly way too much money for a freemium approach.

Some of the top freemium companies started to gain success, we were sort of envious of their scale and economics – we tried to replicate it, but it's difficult to do with an already established product. Once you've got a price point of $500/month, it's difficult to introduce a $20 or $50/month product that would be suitable for a humanless sale context freemium model.

The trick is finding enough value to give in a $50/month product, but not too much that everyone on a $500/month plan starts downgrading.

That was why the Sales product was so special ... we had a clean slate to use everything the industry has learned around freemium, and apply it in a brand new context.

Now, I want to get your thoughts on the role of CRO – it’s a relatively new title, and mostly seen in tech and SaaS companies. How do you define the role and the team that they lead?

Another implementation is to reduce friction between different go-to-market functions. The integration between Marketing, Sales, and Services becomes more critical than it used to be. Before it was:

There really didn't have to be a lot of cohesiveness between those teams, but today the buying journey starts on the website that Marketing owns, moves to the phone or WebEx that Sales owns, and it closes out in Customer Success' domain.

That needs to be a very seamless experience, and that’s where a CRO role comes into play. That's the way we implemented it on our Sales product, was for me as CRO to own the end-to-end experience.

What are some of your favorite resources?

The thought leaders in those domains are the people that I kind of like reading about today. On the account-based side of things, I’d go with Jon Miller from Engagio. Then, on the growth marketing side of things, l look to guys like Brian Balfour and Sean Ellis.

What book would you recommend people read?

Pre-Suasion by Robert Cialdini. He does an amazing job of putting together research that actually drives how people are persuaded and influenced across a whole bunch of different contexts, whether you're marketing wallpaper or you're selling enterprise software. 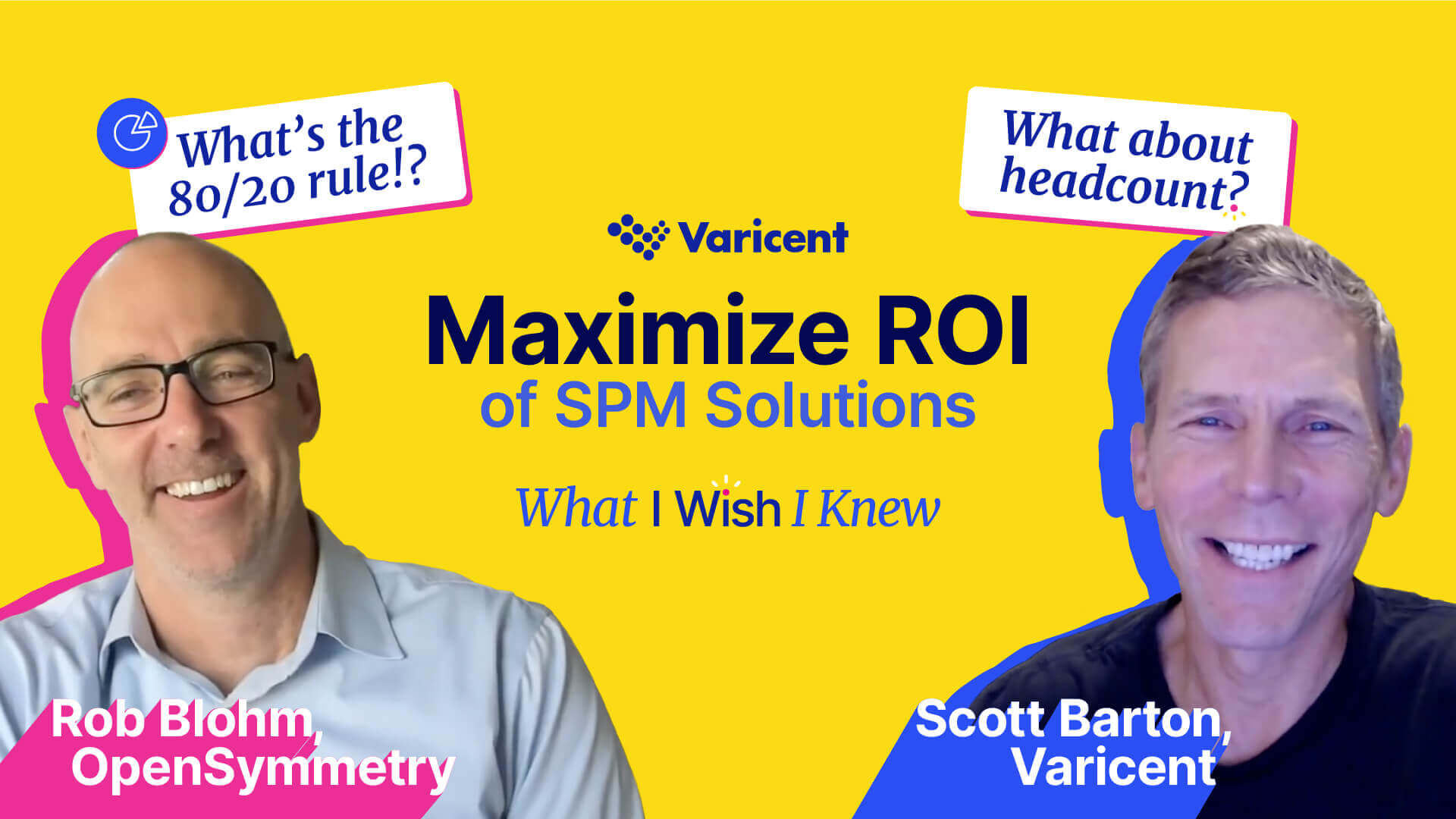 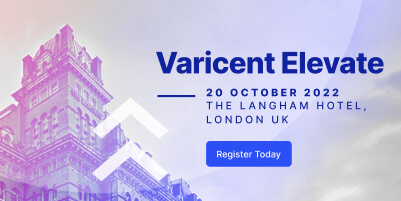 Reminiscing the Inaugural Elevate 2021, and What to Expect This Year 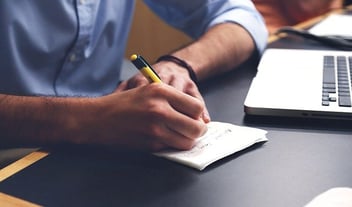 What’s the deal with deal stages? 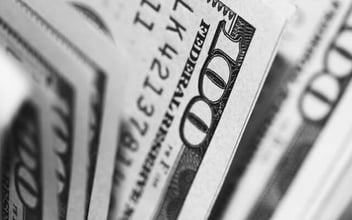 Pay Marketing and Sales for MQLs 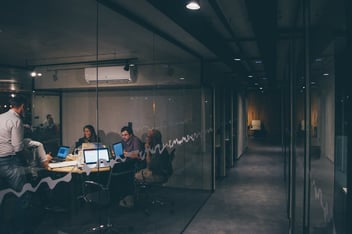 4 Ways to Make Your Incentive Pay Plans Boost Your Business