With the recent news that the U.S. economy has shrunk over the first half of 2022, debate is raging over whether the economy is in a recession or not. However the debate unfolds, it’s useful to know what actions successful companies and sales leaders can take in the face of increased business and sales risk. Unfortunately, there is a history of economic recessions that provides helpful lessons and insights.

First, it’s very useful to look ahead and see through the slowdown. As recessions wind down, buyers generally don’t return to their old buying habits. Either because companies – and their buyers - don’t survive or because their survival depends on leading, operating, or managing in new ways. The old days are gone. Alternatively, some companies flourish after a slowdown. These companies reduce cost by focusing on operational efficiency to a greater degree than their competitors while investing in the future by spending on marketing, R&D, and new assets. Business model transformation is the key - the magic key. Lastly, sales leaders can thrive during periods of slow or negative revenue growth by prioritizing relationships with loyal customers who are an enduring source of revenue growth and cash flow.

One of the best examples of how to not only survive but prosper in a recession is the success of U.S.-based retailer Target. In 2000, Target’s heavy investment in new locations, products, and partnerships resulted in double-digit sales and profit growth. In 2008, Target added billions of dollars of new revenue by understanding rapidly changing customer trends and expanding its low-priced food offerings. In 2020 during the COVID-19 pandemic, Target achieved record growth by investing in online services, accelerating its use of its stores as distribution centers, and enabling online-order pickups from their parking lots.

During the 2000 recession, Target increased the number of stores from 947 to 1,107, added 88 SuperTarget stores to reach a total of 113, expanded into several new merchandise segments, ramped up credit-card program investments, and grew its internet business. By partnering with Amazon and teaming with well-known designers, Target fundamentally changed its business model.

By contrast, between 2000 and 2002 TJX Companies - T.J. Maxx and Marshalls - added 300 stores to its network of 1,350, increased its retail square footage by almost 25%, and doubled its capital expenditures. Although the increase in floor space resulted in medium-term sales growth, there was no profitability improvement. TJX did little to change its business model. It just scaled up its existing centralized buying and flexible distribution model. The more-of-the-same approach put TJX’s profit margin, nine percentage points below its peers three years later.

The Target-TJX examples illustrates a broader lesson. In an extensive study of 4,700 public companies, Gulati, Nohria, and Wohlgezogen analyzed strategy selection and corporate performance during three global recessions: 1980 to 1982, 1990, and 2000. They found only 9% of their sampled companies flourished after a slowdown. These outperformers bested their industry rivals by at least 10% in terms of sales and profits growth.

The secret to success, Gulati, Nohria and Wohlgezogen found, is that costs were cut largely by improving operational efficiency rather than by laying off workers relative to peers. But importantly, these successful companies also developed new business opportunities by making significantly greater investments relative to their rivals in R&D, marketing, and tangible assets. While these companies also lay off employees, they rely on workforce reduction much less than their peers. Companies that rely solely on layoffs have only a limited probability of achieving breakaway performance after a downturn. Morale is usually better at companies that stress operational efficiency.

How Sales Leaders Can Prepare

During a recession, sales leaders should be containing costs, improving operational efficiency, and examining the changing needs of core customers. Increasingly, sales planning tools - such as those provided by Varicent - can address all three requirements.

First, territory planning is, at its essence, the prioritization of those customer relationships that will receive the most significant attention and focus from sales organizations. Account planning focuses on the changing needs of individual customers as worsening business conditions create pressure of extensive transformation. At its best, account planning will put sellers in a position to learn and understand customers changing needs. As priorities change, customers might eliminate purchases in certain categories, substitute or even expand purchases in one category versus another, and become more price sensitive with less brand loyalty.

Second, sales planning, territory planning specifically, should direct sellers to concentrate on those customer relationships where maintaining relevance is most important. Some relationships will be those of greatest loyalty and longstanding while others will be those where success in the aftermath of the recession is likely. Some customers will be ready to try a variety of new products and services once the economy improves. Sellers that wait until the economy is in full recovery to ramp up selling efforts will be at the mercy of better-prepared competitors.

Third, sales planning tools now available are critically important to improving operational efficiency. Resetting territories, recalibrating quotas, and redoing account plans will happen with much greater frequency as business trends disappoint. Sales leaders whose operations teams require weeks or months to revise and redeploy territories, quotas, and account plans will be at a substantial disadvantage to those who can make changes within hours or days with fewer resources engaged in the revision process. Leading edge sales organizations will substantially improve operational efficiency in the period immediately ahead.

The destruction and dislocation created by the pandemic and the further turmoil that could result from slow or declining sales will change the way business is done in a very meaningful way. There is no going back to 2019. There is now a new normal. 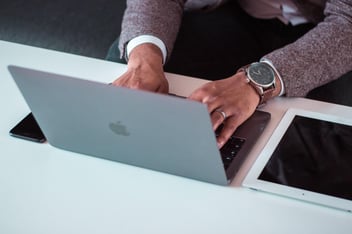 The Art and Science of Predictive Sales

The Future of Sales - Invest in Analytics