This is part of a series of interviews with B2B revenue leaders. This interview is with Lee Odden, CEO & Co-Founder at TopRank Marketing. 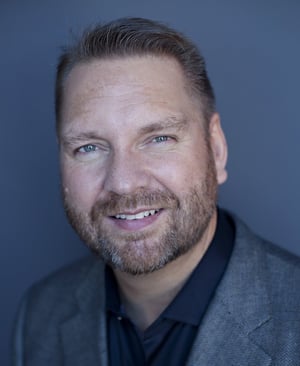 Today I'm talking with Lee Odden, co-founder and CEO of TopRank Marketing. Lee is also an author,blogger, and one of the biggest influencers when it comes to both digital and content marketing.

Welcome, Lee! Tell us a little bit about TopRank Marketing and your role within the business.

Sure, Dan. First of all, thanks for having me.

TopRank Marketing is a digital agency. We have great expertise when it comes to integrating content marketing with influencer marketing, social SEO, and conversion rate optimization. We take an attract, engage, convert perspective towards an inbound customer acquisition approach.

My role within the company as the CEO is to lead strategy. I’m afforded the luxury of being a practitioner and have the ability to experiment with our own channels. We have a network of over 300,000 that allows us to try new things, collect data, and share those learnings with our clients.

We met just a few weeks back at a conference when you talking about the buyer journey, and how it’s not linear in the slightest… it's a complete mess. There are so many touch points along the journey that we—as marketers—try to create content to match up with.

How can influencer marketing help out with that?

The abundance of information that consumers have access to creates a giant paradox of choice. With the combination of short attention spans, the tendency for people to chase shiny objects, and the overall blur of advertising, it makes it hard for consumers to trust brand communications.

Trust and information these days is more important than ever. I'm sure you've seen studies from analysts that show—quite simply—that buyers don’t trust ads as a general rule… but they do trust peers and experts.

Influencer marketing helps bring a credible message to a company's content strategy. When brands partner with those people—or influencers—they can build an ecosystem of authentic content that influencers (because of their participation) will be inspired to share.

The brand and the influencer both get exposure, and the customers get useful information.

How would you go about identifying what influencers are right for you and your business?

What I like to start people off with is to really figure out who you are as a brand and ask questions like:

There are way too many companies that skip the “why” and just go after the most famous influencers with little to no research.

Once you have a good understanding of the topics that best represent your brand solution and what that means to customers, then you can use those concepts with an influencer discovery tool.

What are some things to think about when selecting the right influencer?

The three most important signals are:

Most people stop after reach, because if they’ve got a large reach that’s great because your content will get spread around — but they’ve got to be relevant as well. It doesn’t matter how famous they are, or how big of a reach they have, if they (and their audience) don’t resonate with the topics you’re writing about.

Relevance is so important… finding that influencer with an audience that will react and respond to the topics you’re publishing.

How would you suggest reaching out to those target influencers?

This might not be the greatest analogy, but it's like asking what's the best way to ask someone out on a date.

If the influencer happens to be active on social networks like Twitter or LinkedIn, you can interact with them as a lead up in those ways. If they’re speaking at a conference you’re attending, you could simply walk up to them and strike up a conversation.

It’s also important to think about what you can offer the influencer. Think about what they aren’t getting currently that you could offer. That’s what you lead with — value.

Tactically, it’s wise to be brief with a personalized, relevant tone. Don't send pitches out with a Gmail address and point to a webpage with multiple hyphens in the domain name.

I’ve heard you talk in the past about making sure the content has mutual value for both the company and the influencer. What do you mean by that?

Brands tend to focus on what they want to get out of that influencer interaction or collaboration. Fundamentally that's just not very motivating for most influencers, unless the influencers are being paid.

Content of mutual value is when a brand finds a way to collaborate on content that both helps the brand and the influencer reach their respective goals.

When the brand gets exposure to the influencers community, and the influencer gains a broader exposure, that's content of mutual value.

In what ways do you see businesses successfully incorporating influencers into their content?

One of our new clients—I'm not going to say who they are—hire celebrities to do concerts. Not everybody can do that but that's the kind of influencer strategy they’ve gone with.

I have other situations where there's a cohort of influencers, that the brand has identified as a group and they market the content that the group creates individually and collectively under that group name.

That idea of grouping influencers together as a group influencer strategy is very interesting. Especially when you find a way to group together a few niche influencers that compliment each other.

One of the things that I've been noticing is influencer hubs. They’re content hubs that are predominately content from the influencers. It’s sponsored by a brand but the majority of the content is actually published from the group of influencers.

The mutual benefit there is its high exposure for the influencers, and it’s a credible destination for a particular topic with the brand’s name on it.

What are the most common ways companies work with influencers?

The ways I see companies working with influencers most often are:

Outright paying them
You see the payment option with influencers a lot more on the consumer marketing side where companies pay people who are great at creating a certain kind of media plus have a following on social networks (YouTube, Snapchat, Instagram, Vine, etc.)

That's not necessarily unique or useful but it's getting more creative as brands aren’t directing these people to make exactly what they want as if they were going to a creative agency for a commercial. Rather, they go to the influencer and say, “We love your stuff, your community is a good match for our audience. We'd love you to make something for us! What do you suggest?” They pay for that craft talent, and the influencer might come up with ideas that the brand never even thought of before.

Organically
The organic aspect of influencer engagement happens more on the B2B side where brands are identifying influencers that have shared values. They aspire to the same world view relative to the industry.

The influencer may be an advocate for a particular brand, and so that opens the door for the brand to engage with something like, “Hey! We're in this together, let's make something together.” There is mutual value from the collaboration. The brand may not pay the  influencer for their time necessarily, but as long as there is mutual value created, everybody gets what they want.

Do you see any influencer strategies that just make you shake your head?

Oh man… where do I start?

Sometimes when people go for the ask—back to the relationship metaphors—they ask for marriage on the first date. What I mean by that is they ask for numerous things and a big commitment in the first message... no one wants to respond to that.

Another one is irrelevant asks. A lot of companies don’t put time into researching who the best influencer would be for them. They just search Twitter with a few keywords and pick the top names. Irrelevant asks are really disappointing because nobody wins.

Next would be fire hosing the influencer. As soon as they say that they’re interested, three different people from the company are coming to them with requests to be involved in things that are much bigger commitments than what you would expect after showing interest.

Are there any tools that you'd recommend that help out within influencer marketing strategy?

Before we talk tools, it’s important to have a strategy developed that will help guide you. That strategy should come from both data and a human being who understands the business and the audience.

Preliminary data collection can often be achieved with social media monitoring tools. One that comes to my mind is Brandwatch. It’s more of an enterprise tool but you can look for themed data. You can look for information that gives you an idea of what you should pursue.

In my opinion, there are three categories of tools:

Specialty Influencer Tools
In social, I use BuzzSumo almost everyday. I love BuzzSumo.

It’s focused on Twitter although it does report social shares throughout multiple social networks. You can search for content, find out who wrote the content, and then determine how influential they are. What I like about BuzzSumo is that you can get both influential content and influential people.

Influencer Marketplaces
A marketplace is what it sounds like. You go shop for influencers. This is where influencers can register, create a profile, and talk about how awesome they are at creating a certain kind of content and include their connections on social networks.

With more sophisticated marketplaces, they’ll keep a history of how those individuals have worked with brands and the performance metrics associated with that.

Some examples of influencer marketplaces include TapInfluence, Webfluential, Crowdtap, and Collective Bias.

Influencer Marketing Platforms
Platforms are a bit different than marketplaces in that the intent is to organically develop relationships. You could certainly pay these people for their craft if you want to and you're free to do that, but the nature of platforms is for discovery, engagement, and in some cases, analytics around the relationship with those influencers. A few of the platforms that I'm familiar with are Traackr, LittleBird, and GroupHigh.

Now I wanted to get to some of your favorite resources.

Favorite Blog:
I read a lot of blogs daily, but don’t follow one religiously. I do read our own blog a lot and I'm not the only one.

The TopRank Online Marketing Blog is managed by Ashley Zeckman, who's our director of agency marketing and we have people like Caitlin Burgess and Josh Nite contributing pretty regularly. Tiffany Allen and Josh do a weekly news roundup on Fridays including a very snarky, dry humor video highlighting the top stories of the week. 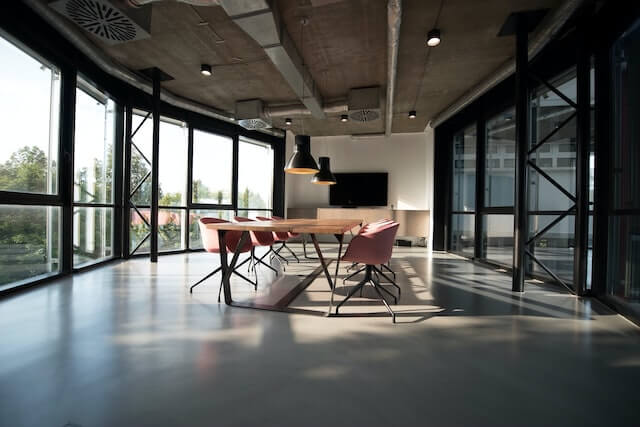 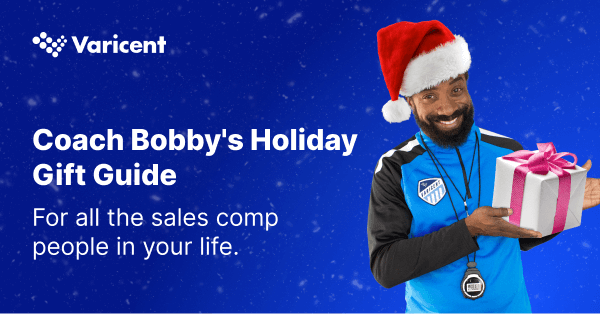 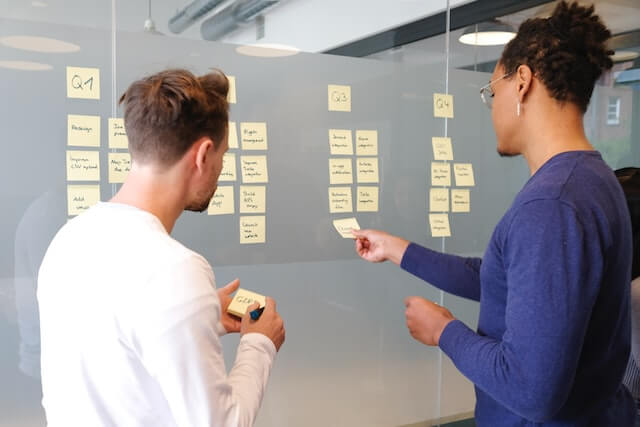 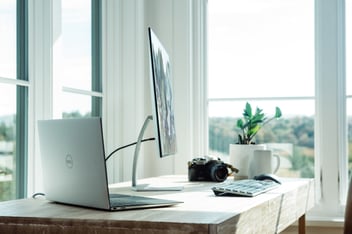 How to Position Your Product in the B2B Market

What’s Next for Sales in 2022? Six Trends to Watch